In exactly 4 days I will be turning 30! Stress? No, ‘they’ say 30 is the new 20 I have no idea who ‘they’ are but it doesn’t matter. It’s time to leave the 20’s behind so that means no more joking around but think about the experiences you’ve been through so far. Also now is the time to revise goals and know what you actually want (or don’t want) in life.

I don’t go shopping much, but when I do I tend to compare myself to 21-year-old students the only people who shop during the day on a Tuesday. Those are the times when I realize those days are over for me. Those days of being free as a bird, bursting with energy and feeling independent as hell. My parents might disagree on last one.
Jealous? No, not if I think of the prime time I had myself. The sky was the limit for me after being diagnosed with MS 10 years ago. I wanted to live with friends, so I did. I wanted to live in Venezuela with my mom and dad, so I did. I wanted to study in Madrid, so I did. Changing places like changes clothes basically. I would do it all over again if I could. Bummer I can’t.

So that was about 10 years ago but what about my youth? They damn you again ‘they’ say, you get your life on track at adulthood if you experienced a ‘not so nice’ youth. Me on the other hand, I had an awesome childhood! I grew up in a small village and had the best friends to share my youth development phase with. A few years earlier I grew up in Curaçao, that means going to the beach after school everyday, we took boat trips with our own boat on a Sunday. Now who could say that? Trust me if I say I already had the best time of my life… but I do believe there is still more out there for me. That’s just the ‘Quarter-life crisis’ talking, don’t worry. I had a too awesome youth that I find myself in difficulties to make something out of life. The fact that I have a wrecking disease doesn’t help either.

Now how depressing is that? Haha. I might have slightly more money than I used to have but that doesn’t compete with the energy I used to have. But as you know the best things in life are priceless. Life is full of unexpected surprises so take everything you can and don’t listen to what society might expect from you, nor those damn self made expectations! 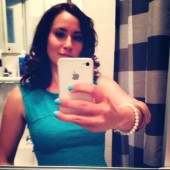 I got the music in me